Arusha District is situated in northern Tanzania, just below Mt. Meru at an elevation of 1,500m above the sea level. The fast growing city of Arusha has long been the ideal gateway to East Africa’s most famous tourist attractions such as National Parks, Masai culture; it is now also a popular centre for International meetings, conventions, and conferences. For some years Arusha has been the trading centre for Tanzanite; a unique Gemstone mined only in northern Tanzania.

Lying halfway between Cairo and Cape Town, the town has a history that commenced in the 19th Century when Captain Johannes built a fort at the foot of Mount Meru to facilitate the German colonization of what later became known as Tanganyika. From the little fort, which still stands and has became converted into a museum of natural history, the town of Arusha grew; first as a trading post for the local people, and now into famous centre for various international activities.

Arusha was declared Township Authority in 1948 with population of 5,320 inhabitants.  In 1980 was upgraded to Municipality and acquire a City Status in 2012. As the hub of the country’s tourist industry, Arusha is the starting point for many wildlife and mountain climbing safaris in the northern circuit of Tanzania wildlife sanctuaries. Besides the City is the main market for Tanzanite minerals from Mererani mines and connected to the rest of the world by Kilimanjaro International Airport, 42 Km away, and the great Northern road that cross through Tanzania from Nairobi connect the Town to the rest of World.

Getting there
Kilimanjaro International Airport and Arusha Airport serve the town of Arusha. The former is about half hour’s drive away on the Moshi road, and the latter is just at the outskirts of the town on the Dodoma Road.

International Airlines that use Kilimanjaro International Airport include KLM, Turkish Air, Air Uganda, Quatar Airways, Ethiopian Airlines, Rwanda Air, Precision Air, Condor Air, Kenya Airways, Fastjet and Air Tanzania A number of domestic airlines connect Arusha with Zanzibar and other main towns of Tanzania. Some o these are Regional Air, Nothern Air, coastal Aviation, Zan Air and Air Excel. Most of these offer charter services and so land in the airstrips of the northern tourism circuit.

By Road
Arusha is accessible by road from virtually any corner of the country. First the road from Dar es salaam to Nairobi, Via Moshi goes through Arusha and is well served by a number of buses, shuttle, as well as the intercity public buses. The Intercity buses also connect Arusha with the coastal town of Tanga, Secondly Arusha is connected to the gates of the National parks of the northern circuit by good paved roads.

Authoritatively
Arusha city is headquater of Arusha region, East Africa Community (E.A.C), the base for the International Criminal Tribunal Court of Rwanda (I.C.T.R) and African Court for people and human right. Another International body, one of many centred in Arusha, is ESAMI (Eastern and southern Africa Management Institute).

Transport
Taxis and commuter mini buses are the commonest quick means of getting from one point of the town to another.  Taxi prices are negotiable while for the commuter mini – buses (popular known as Kifodi or dala dala) the price is fixed for specific routes. Registered taxis have a black line on both sides and the commuter buses have lines of different colours indicating their routes.

There are several car rental companies and tour companies that offer transport services to travellers. Every company has its own rates and there is always the possibility to negotiate for a suitable price. The other Option of seeing Arusha is by walking. For a newcomer it is advisable to walk in town during the day only.

The local banks that also provide money exchange and other financial services are: Crdb, NBC (1997) Ltd, Twiga Bancorp, Azania Bancorp, Amana, Tanzania Investment Bank, Tanzania Poster Bank and NMB. Most of the Bank has A.T.M and people can get money with Visa, MasterCard, Credit and debit cards.

Every bank or bureau de change provides a daily exchange rate catalogue that includes all the major world currencies. Many businesses will accept the U.S dollars and other foreign currencies in payment bills.

Where to Stay
Accomodation in Arusha includes guesthouses, campsites and luxurious hotels. The guesthouses range from small dormitories to self – contained rooms. Campsites are mainly at the outskirts of town. The hotels are both in the middle of town and in the suburbs.

Where to Eat
Restaurants in Arusha provide both local and western cuisine. Good town restaurants sell food ranging from $ 3 to $ 10 while restaurant have slightly higher prices. 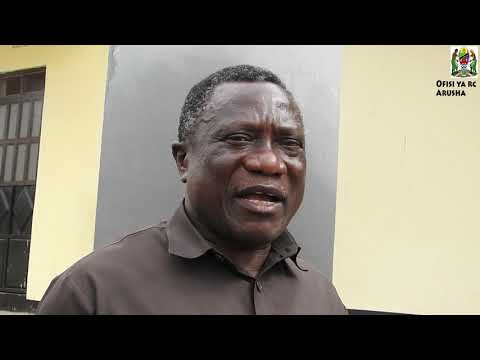